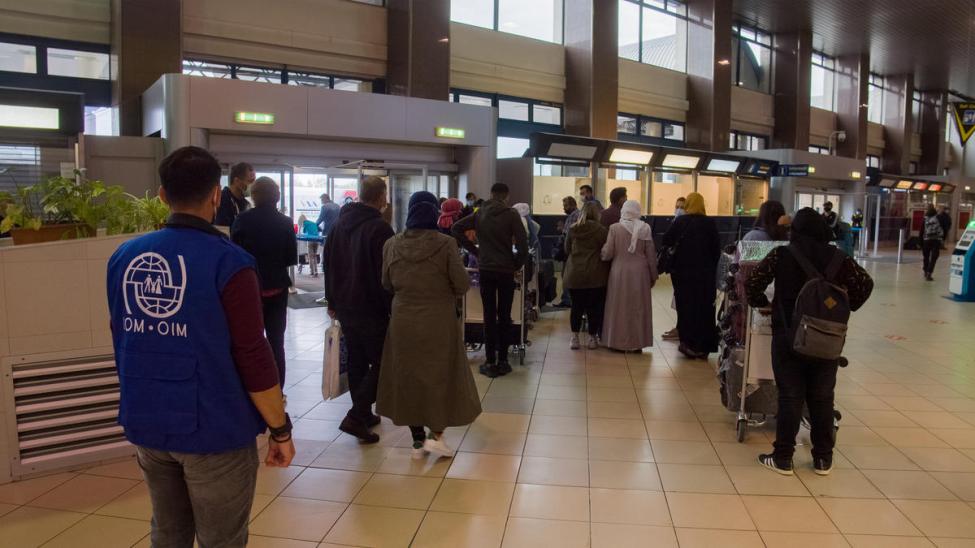 Bucharest – Thirty-two Syrian refugees arrived safely in Bucharest after departing from Turkey part of Romania’s refugee resettlement programme. The group is formed mostly by families, including a 70-year-old couple and children as young as four years.

“My biggest wish, during these unfortunate times of uncertainty and chaos, is to be able to live in a peaceful environment, surrounded by my family”, as expressed by one of the refugees when she landed in Romania.

Upon the arrival on 16/10 at Otopeni Airport, IOM employees welcomed the refugees, together with the representatives of the General Inspectorate for Immigration and the Schottener Foundation, partner of IOM Romania. Granted protection by the Romanian state, the refugees were accompanied to the new accommodations by IOM in order to be able to start their new journey.

Due to the efficient communication between all the actors involved, the transfer was made possible in these exceptional circumstances of the pandemic.

As stated by Turkey's General Directorate for Migration Management and UNHCR, by the end of 2018, over 3.5 million foreigners in Turkey were seeking international security, most of them being Syrians. They were granted provisional protection from the government of Turkey, which permits not only legitimate residence, but also several basic rights.

As a result of the logistical assist of IOM and UNHCR, the General Inspectorate for Immigration in Romania dealt with selection missions in Turkey. Later on, medical evaluations were undertaken for the selected refugees and orientation sessions were held on-line. The main purpose is to prepare them for their new life after the transfer.

After their arrival, the integration process will continue. For a period of 45 days activities are envisioned to familiarize the refugees with the Romanian language and with their new environment.

Resettlement is the procedure for the selection and transfer of refugees from a state where they have applied for protection in another state receiving them as refugees, with the possibility of permanent residence. Resettlement is a protection tool for refugees, along with integration and voluntary repatriation, and an expression of solidarity with those states that host most refugees globally.

Romania responds humanitarianly and jointly to the protection needs and the efforts of the European Union to manage migration flows by resettling on its territory refugees in need of immediate protection.

This transfer was part of the STARRT III project, code 18.04.01.02, funded by AMIF through the General Inspectorate for Immigration in Romania.