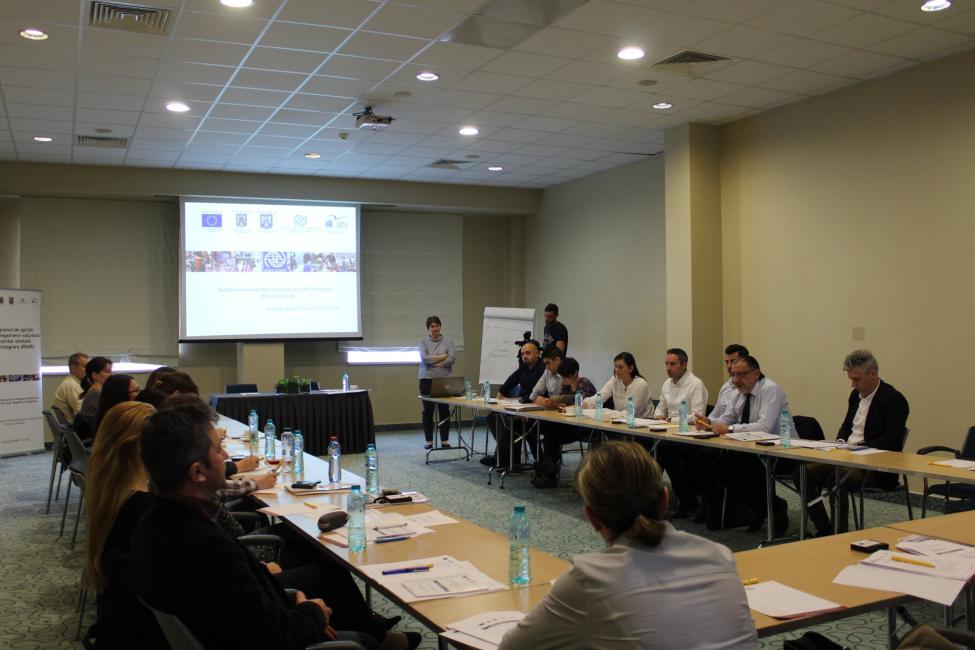 An outreach seminar regarding The Assisted Voluntary Humanitarian Return And Reintegration Programme (AVRR) project took place on 24th April 2018. This project addresses the migrants illegally located or whose residence has become illegal in Romania. It gives the migrants the possibility to return home with dignity and the opportunity to receive  reintegration support in the country of origin.

The project has a duration of 3 years and takes place between May 2017 and April 2020 (with annual subsequent contracts). It is implemented by the International Organization for Migration, Office in Romania, in partnership with the Jesuit Refugee Service (JRS) and in co-operation with governmental institutions and diplomatic missions.

The event, which also marked the end of the first stage of the project implementation (May 2017 - April 2018), has been receiving important attention from representatives of public institutions that are active in the field of migration (General Inspectorate for Immigration, Border Police), public authorities (Ministry of Labor), NGOs active in the field of migrant integration in Romania as well as representatives of the media.

At the beginning of the event, Maria Voica, Programme Coordinator at IOM Romania, delivered a short presentation about the conceptual framework of the project, the main activities carried out, and, last but not least, about the main results achieved in 2017. Furthermore, she also highlighted the situation of the migration flows to Europe in 2017 as well as the results obtained by other European countries following the implementation of their own assisted voluntary return and reintegration programmes.The presentation delivered by IOM Romania was followed by the intervention of the Director of the Asylum and Integration Directorate of the General Inspectorate for Immigration (IGI), Chief of Police Commissioner Mircea Babău. He spoke about the asylum system in Romania and about the legislative changes that are expected in this area. Moreover, he pointed out the challenges encountered in 2017.