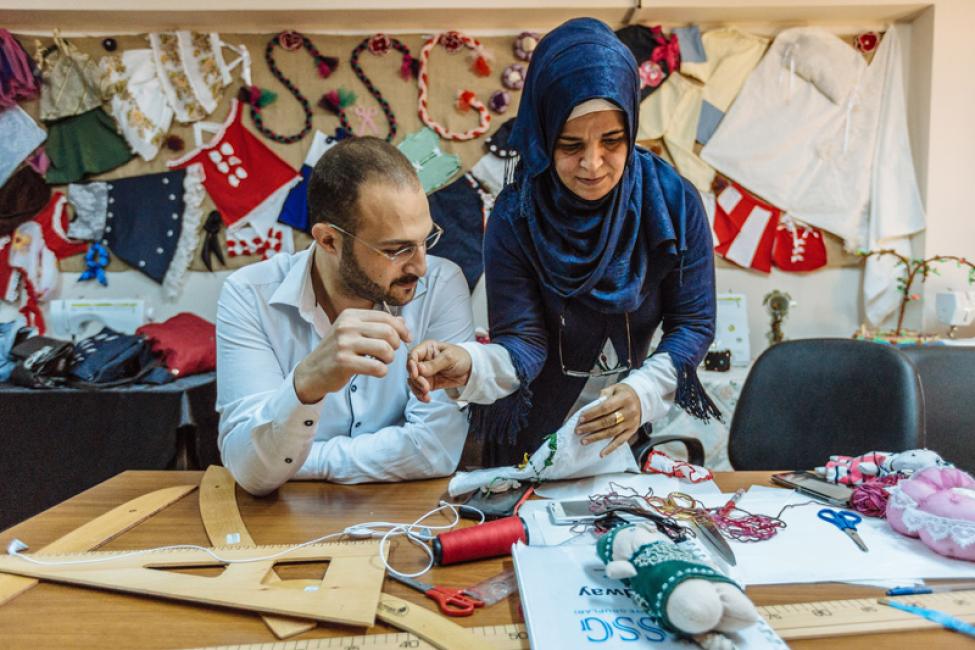 Skills profiling tool for refugees resettled to the UK, Germany, Portugal or Romania.

Bucharest – IOM, the UN Migration Agency, is today (19/04) kicking off an innovative multi-country project to provide resettled refugees with the building blocks to start their new life in Europe.

Initially targeting 500 Syrian refugees, the LINK IT project aims to link pre-departure and post-arrival support to facilitate the social and economic integration of resettled refugees in four European countries: the United Kingdom, Germany, Portugal and Romania.

“Ensuring migrants and refugees can contribute economically and socially to their host communities is key to the future well-being, prosperity and cohesion of European societies,” said Mircea Mocanu, IOM Chief of Mission in Romania. “But too often, Europe has seen underemployment of migrants and refugees, negatively affecting the economic potential of the communities.”

The EU-funded project, which will run for 18 months, will pilot a skills profiling tool in the pre-departure orientation course for Syrian refugees living in Jordan, Lebanon and Turkey who will be resettled to the four EU countries. The tool will help authorities in the receiving countries get advance information about the refugees’ background, education and skills to support their integration into the labour market at the earliest stage.

“The LINK IT project, and in particular, the skills profiling pilot, is a powerful tool to inform policy makers across the EU how to best design innovative integration and support for refugees,” said Dipti Pardeshi, IOM Chief of Mission in the UK.

The project will also provide post-arrival orientation and training activities once the refugees have arrived and help prepare local governments and employers to receive resettled refugees, dispel myths and provide a channel to share best practices in the larger European context.

Pardeshi explained that under the project, the integration process will involve both refugees and host communities to share information and strengthen cohesion among the community.

“To be successful, integration must be a holistic and two-way process, when both refugees and the local community understand one another’s expectations, practices and cultural differences,” she said.

In September 2017, the European Commission announced a new scheme to resettle at least 50,000 of the most vulnerable refugees throughout the EU over the next two years.  A March 2016 European Commission report noted substantial divergences among integration programmes in different EU countries.

IOM is holding a kick-off meeting today for project partners to discuss LINK IT implementation. Tomorrow (20-04), IOM is facilitating EU Exchange on Integration Practices for Resettled Refugees, a one-day conference to promote integration practices with regional, national, and local governments, as wells as international organizations, and civil society.