IOM, the UN Migration Agency, supports the strengthening of cooperation between Romania and Moldova and the main countries of destination for trafficking in persons in the region 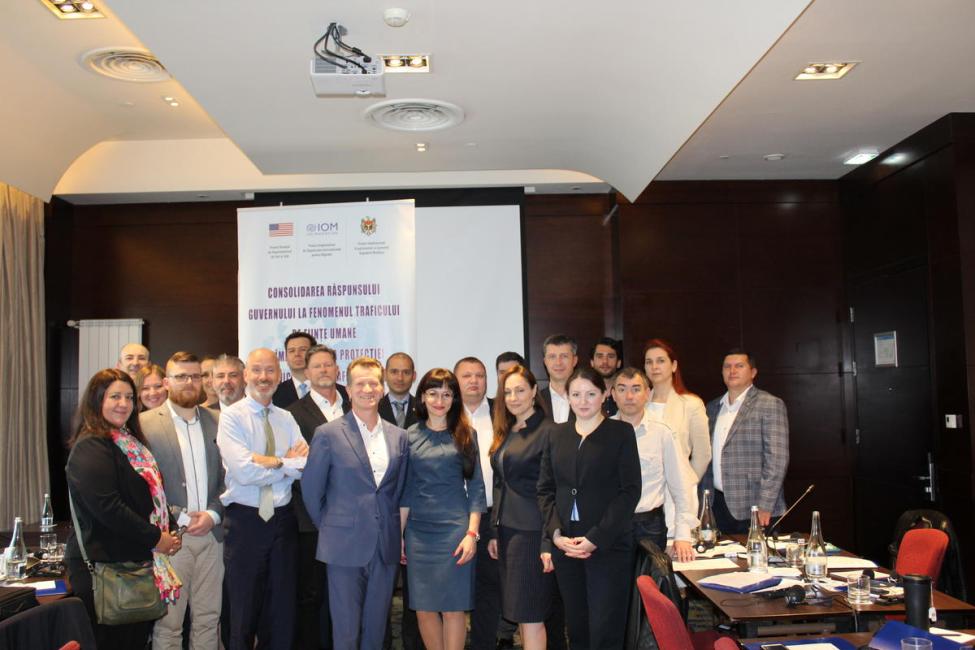 Bucharest – Border police officials and experts from Moldova, Romania, the Netherlands, Spain and Sweden, together with representatives of FRONTEX and SELEC, have gathered in Bucharest, with the support of IOM, to discuss the challenges and good practices in law-enforcement and prosecution level cooperation on trafficking-in-persons.

Trafficking in Persons remains a serious transnational crime, leading to severe human rights violations. It is a phenomenon that continuedly needs efforts in countering, by governmental and non-governmental actors. It is recognized to be a significant and growing problem in Central and South-Eastern Europe and Romania and Moldova are recognized countries of origin for men, women and children victims of trafficking for the purposes of sexual exploitation, forced labour and/or other forms of trafficking.

‘With IOM’s support, Romanian and Moldovan key state actors are collaborating together with relevant representatives from the main countries of destination of VoT. Given the ever-changing landscape of the phenomenon, we are positive this initiative will make an impact on future regional countering initiatives and synergies.’, said Mircea Mocanu, Head of Office of IOM in Romania.

The workshop in Bucharest focused on the transnational referral and identification mechanisms of victims of trafficking-in-persons, while showcasing cooperation between states and international agencies on intelligence sharing. Later on, each representative presented latest developments in the field from their own country, bringing into perspective future possible ways of cooperation between countries of origin and countries of destination.

IOM Moldova Chief of Mission, Lars Lonnback, also underscored the importance of collaboration in responding to human trafficking. “We hope that stakeholders working on anti-trafficking efforts in the region will strengthen the existing collaborative networks. Given the regional context, we need to make all efforts to better address unseen areas in our anti-trafficking response,” he noted.

The workshop took place within the framework of the project ‘Enhancing the Government's counter-trafficking response and improving the protection of victims of trafficking and witnesses in the Republic of Moldova’ funded by the INL Office of the US State Department and implemented by IOM Moldova.